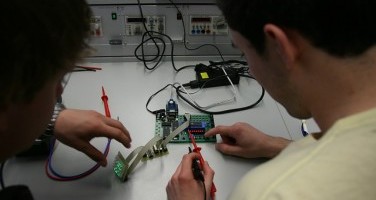 We hear a lot about so-called STEM education (science, technology, engineering, and math) these days in conversations about education. Over the past decade there has been a noticeable national shift toward focusing on improving our input–educational programs and resources–and output–successful graduates–within STEM areas. As the United States lags behind other countries in certain measures of student performance in these fields, there is an ever-growing push for youth education in STEM.

Knowing all of this, I was intrigued by this article by Fareed Zakaria that I saw in the Washington Post the other day: “Why America’s obsession with STEM education is dangerous.” Zakaria makes a compelling argument for a focus on liberal arts and STEM, suggesting that STEM cannot succeed without an understanding of its applicability in society. He states: “Innovation is not simply a technical matter but rather one of understanding how people and societies work, what they need and want. America will not dominate the 21st century by making cheaper computer chips but instead by constantly reimagining how computers and other new technologies interact with human beings.”

After discussing this article with some colleagues online, my friend told me about a movement called STEM to STEAM, being championed by the Rhode Island School of Design. This movement argues that arts and design (the “a” in STEAM) are, much like Zakaria suggests, critical to the success of future innovations in science, technology, engineering, and math.

What do you think? Is America’s STEM obsession too narrow-minded? Or is it exactly where we should be putting our focus?