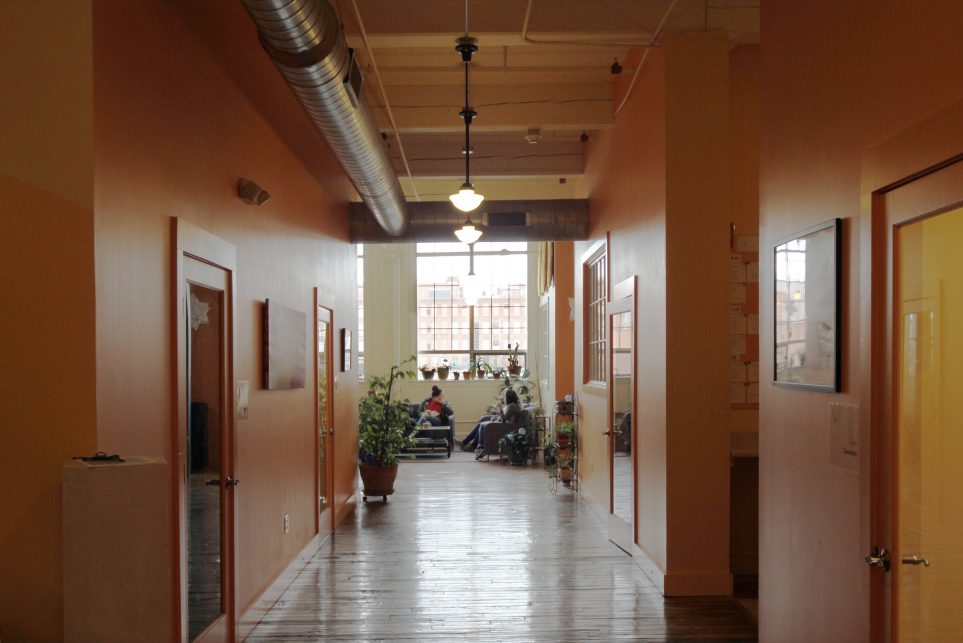 One parent’s moving story of her family’s experience finding LightHouse.

When I was first asked to tell our story I really struggled with it. We have talked about it over time with many people, but to put it out there in writing was much different. How could I say everything in a short story that would help people realize the true impact that LightHouse Holyoke has had on our family? After a lot of thought I realized that telling the smallest amount would be enough because all that matters is knowing that it truly has changed our lives.

The story starts many years ago in the public school system. For years we asked for assistance and accommodations for our son to help him succeed, as he was diagnosed with Asperger Syndrome. They would make band-aid fixes to appease us, but they really didn’t aspire to help him. At a young age, teachers would dismiss or blame our son for every little thing. One teacher even told us she put his desk up front so he could “learn to look as normal as possible.” Really, what is normal? As students would watch the teachers they would learn to treat my son the same way. When we tried to address this with the school they would tell us it was our son’s own fault and that he brought it on himself. As this continued our son became less involved and cared less about his grades. He became more angry and would be set off into full meltdowns.

In middle school we tried many times to explain that when he was overwhelmed or upset he would go into shutdown mode. If left to himself and his own “tool set” over time he would be ok. But, instead, the schools insisted on pushing him to his breaking point and he would melt down.

The bullying was becoming unbearable. He would be blamed for bringing it on himself and the other kids were never punished. It finally came to a point where some kids were calling him names over and over and he tried to defend himself when one kid picked him up and body slammed my son to the ground, breaking his shoulder. It was caught on video by one of the kids and shared with the whole school. He was again blamed by the school and, when they called me to discuss it later, no one asked if he was ok or how we were doing. It was incredibly traumatic and it got worse from there.

Needless to say, we decided that he needed to go somewhere else the following year. We tried another program that was supposed to be great and have great opportunities and support, yet, after five weeks we pulled him because nothing we were promised was happening and my son was becoming even more sad and angry and losing interest in things. I was worried he was on a road to depression.

We then homeschooled him for the rest of the year. Homeschooling can be great, but having only one child homeschool can be lonely and, at times, boring, so we began to talk about what direction to go next. That is when a friend told me about LightHouse, which was going to be opening in fall 2015. We were very hesitant but we went to check it out. We met with Catherine and my son seemed excited and comfortable by the end of the visit so we made a family decision to try it.

In the beginning of the first year my son did not engage in much and tested boundaries to see if it was, in his words, “just more lies.” He was used to being let down by adults in the schools. As time went on I tried to push him to do more all while the directors encouraged me to give him more time. He would come to it on his own, they said.

As the year continued, with lots of support, he began to trust again. He began taking more classes, making friends, and becoming more engaged. He was happier. There were definitely bumps in the road where he became angry and frustrated but he was able to work though them, all while never being judged by the adults or other students. The fear of being bullied was slowly diminishing. He realized other students here had also had some similar experiences and that helped him to bond with them. We saw him begin to emotionally regulate and be truly happy again. He was comfortable in his environment.

And as the year progressed, so did he. He took more classes, and he wanted to go to school where he had hated it before. He became more outgoing, speaking up, and becoming involved. At the end of the first year, every kid did a presentation. I asked him if I could help him. We talked over different topics. He decided to do his on why he decided to go to LightHouse. Then he said he wanted to do it without my help. With hesitation, I said ok. When it came time to present, he had done a Google presentation and asked a friend to help him present it. As they presented it, I began to cry to hear his story in his own words, and to know that for him to do this was truly healing. It was heartbreaking and beautiful all at once. Without the environment of LightHouse he would not have been able to do that at this point in his life.

Fast forward to this year, and the change is astonishing. He is taking tons of classes with new content and new teachers. He may not love them all but just trying new things is huge. He is learning to self-advocate and to ask for help when needed. Although this is certainly still a work in progress we are seeing huge changes in him that would never have happened in school before.

My son is finding new passions in life. Not only is he taking more classes, but he is working at an internship. He took a class teaching senior citizens to use technology. One of his favorite classes—which I thought he would drop in the first week—was “Mass Incarceration.” This class was with a teacher he’d never worked with and kids he’d never spent time with; this alone shows significant progress for him. He enjoys the weekly LightHouse community volunteering projects, and through them he is broadening his life goals and desires. He has not completely decided what he wants to do, but he has goals to help others, maybe as a teacher, in mental health, or as an advocate or activist of some sort.

Watching him explore different alternatives for himself is something he couldn’t have ever done two years ago. LightHouse has been more to us than just a school; it has been a life-changer for our family. I love that my son wants to be at school every day with his friends. More than that, I love to see him happy, comfortable, and growing into a great young man.

One Comment on ““Finding Hope Again: A Family’s Story””